How revolutionary are global human rights? 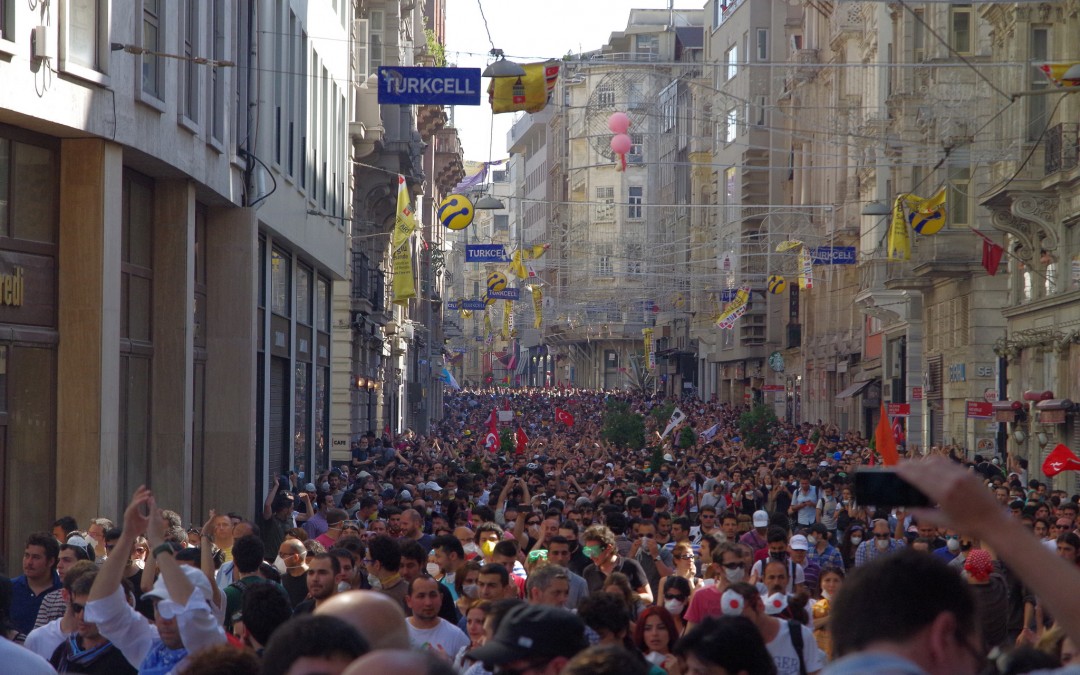 This article originally appeared on the website of Open Democracy. – Read it in Español, Français.

Facing global protests over the lack of social justice and democracy, are international human rights organizations ready to be more openly political? Or are human rights simply the wrong tool for the job?

Perhaps the six anonymous members of Pussy Riot were right. In a farewell letter of February 2014 to their fellow band members, Nadia Tolokonnikova and Masha Alyokhina, they stated: “Institutionalized advocacy can hardly afford a critique of fundamental norms and rules that underlie modern patriarchal society. Being an institutional part of society, such advocacy cannot go beyond the rules set forth by this society…”. Nadia and Masha had just been released from a Russian prison. Seen as martyrs of Putin’s authoritarianism, they have been welcomed at international press conferences and pop concerts alongside other celebrities, and now advocate for prisoners’ rights. But according to the six, Pussy Riot’s radical anti-capitalist and feminist project—and provocative actions—could and should not be associated with the image of institutionalized human rights organizations.

Of course, it’s questionable whether the anarchic punk performances of Pussy Riot are more effective than conventional methods of international human rights organizations (IHROs), but there might be some truth in their statement. Traditionally, the human rights movement has emphasized its impartiality vis-à-vis the political, economic, ideological or religious nature of duty-bearers, or the economic or political system they support. This reputation of impartiality has proven valuable for IHROs to enhance the credibility of their research and campaigns, to appeal to supporters and members, and to gain access to power-holders of all political persuasions. This in turn has helped to protect the safety of the researchers in the field who can deflect allegations of bias, and thereby the victims and activists for and with whom IHROs work. Although from time to time their impartiality and independence has been questioned, and IHROs have been criticized for not condemning ideologies like apartheid, Islamic fundamentalism or neoliberalism, these two values continue to shape their policies and practices.

At the same time, this impartiality may limit IHROs’ ability to criticize deeper causes of human rights violations. Tackling the root causes of poverty and inequality requires profound policy reform, meaning that a political, potentially partisan, stance on particular economic arrangements may be required. Merely stating that certain policies like privatization are inconsistent with human rights obligations does not confront the neoliberal ideologies of those who make and benefit from them, nor does it offer viable policy alternatives. Moreover, in their legalized form, human rights are modest in their goals, seeking to ensure minimum essential levels of protection for the most marginalized—they do not really seek a fundamental redistribution of wealth, resources and power. Samuel Moyn therefore calls human rights “a powerless companion in the age of neoliberalism”. Although he rejects the claim that human rights are complicit per se in the success of neoliberalism, Moyn questions their effectiveness to deliver substantive socio-economic equality. Perhaps Moyn is right too.

There are indications that human rights are indeed no longer the lingua franca of political mobilization. Empirical research shows that the language of human rights has not been prominently invoked in the anti-austerity and pro-democracy protest movements of recent years. Protestors around the world have primarily expressed their grievances in terms of social justice, dignity and democracy, rather than in rights. Their call for real democracy entails a critique of elected forms of democracy, which are seen as representing elites and private interests instead of ordinary people, and associated with a flawed economic system that produces and reproduces inequality. Is the professionalized, law-based language of rights perhaps too elitist and too alienating for local grassroots struggles for social justice, as Chidi Anselm Odinkalu already claimed fifteen years ago?

But the change is not only limited to discourse; citizen action is also changing today. Protest movements in Brazil, Turkey, Egypt or Europe have largely organized and mobilized outside traditional channels such as NGOs. Instead of organizing hierarchically on the basis of a shared identity, issue or interest, they form fluid, horizontal and decentralized networks that bring together people from across different backgrounds who express a multitude of goals and desires. Rather than lobbying governments and embarking on large-scale advocacy campaigns, they rupture the status quo through subversive, unruly and sometimes illegal actions, and reclaim streets and squares as spaces for new citizenship and democracy practices.

The Gezi Park protests in Istanbul.

It is uncertain whether IHROs like Amnesty International, in their attempt to move closer to the ground, will manage to build new constituencies amongst this new generation of activists. In their different vocabularies for change, action repertoires and organizational modes, contemporary activists fundamentally challenge the way in which IHROs have been operating. As the Pussy Riot example illustrates, not all grassroots groups like their activism being mixed up with the image of institutionalized human rights NGOs. The human rights movement, paradoxically as a result of its own success, has come to be seen as too much part of power to effectively subvert it.

Human rights NGOs need a radical re-think of their policies, practices and relationships with both power holders and grassroots constituencies. Moreover, if IHROs do enter into alliances with local movements and groups whose aims and methods may differ from their own, they risk undermining their reputation and credibility. The lack of a clear and unifying message among the diverse groups that have gathered in the global uprisings increases this risk. Nonetheless, unlike The Economist suggested in a recent article, an organization like Amnesty International always needs to seek a balance between being close to rights-holders and partners on the ground and resisting pressures to support activities and statements that might affect its impartiality. This balancing exercise was no different before Amnesty started working on social and economic rights, a decision The Economist has deplored ever since it was made.

IHROs must decide how and on which terms they want to support the new generation of activists on social justice and democracy agendas. There is a real chance that activists won’t mobilize under the auspices of their organizational umbrellas if IHROs continue to do business as usual. In order to match their imaginations and expectations, human rights NGOs need a radical re-think of their policies, practices and relationships with both power holders and grassroots constituencies. Ultimately, IHROs must decide to what extent they want to get involved in political debates about redistribution and take a stance on particular economic and trade arrangements, which implies abandoning impartiality. An alternative is that IHROs provide space for other, more political groups like Pussy Riot to use other anti-systemic discourses and emancipatory tools alongside human rights.

This does not need to be the end of global human rights. International human rights organizations can still fulfil complementary roles, with or without pursuing a less ambitious social and economic rights agenda. It does, however, mean that IHROs may need to take a back seat and accept that global human rights are not the only answer to all of tomorrow’s problems.